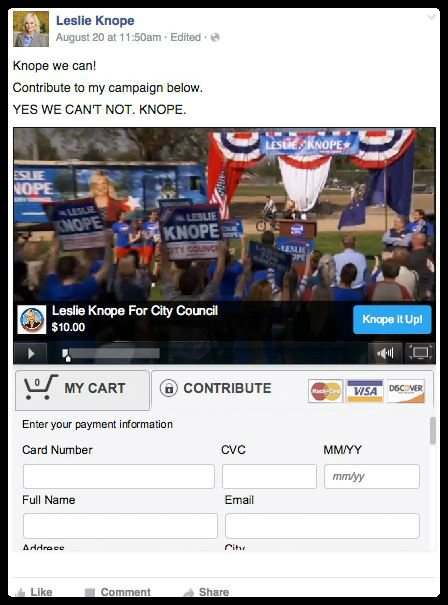 According to Tom Murse from About.com, the political landscape is drastically changing.  The role of social media in campaign fundraising is one component firing this change.  How politicians raise donations not only is conducted differently, it encourages more supporter engagement.   In his article “How Social Media Has Changed Poltics” Tom examines 10 ways Twitter, Facebook, and YouTube have changed American politics.

Some of the main ways social media has changed the landscape include: direct contact with voters, advertising without advertising, and fundraising. To us, these are the clear winners that can take a campaign to the next level. Direct contact and “advertising” can lead to creative ways to receive funds from your audience.

We agree. We too carry the opinion that social media will play its largest role yet in the 2016 election. We’ve seen articles state that it is ruining politics.  However, it is as easy to argue that the use of social media in fundraising carries a positive spin, especially in regards to the benefits of having direct contact with individuals that stand behind your campaign. When it comes to the upcoming election in 2016, not only will social media play its largest role yet, it will play a large role when it comes to fundraising directly through social platforms.

With recent announcements such as Square’s announcement that allows donors to donate to a campaign with a single twee, we can see how the political fundraising process is changing rapidly.  This announcement boils down to an elaboration on their Cashtag/Squarecash venture with the addition of FEC-compliant information collection. There’s a market for taking donations, and it’s only a matter of time before these announcements move to the Facebook and YouTube platform as Murse suggests.

Other sites are reporting the benefits of using our Video Checkout service within the Facebook platform. We may be biased, but we have to agree. This tool is a fantastic way to spread the word of your campaign with your Facebook following. Encouraging sharing increases engagement, which ultimately leads to your video being shown to more people. If you have a budget, you can advertise with this video to specific demographics that you set within the Facebook advertising dashboard.

We agree with Murse and many of the publications creating excitement for the role of social media influencing how politicians and PACs use fundraising in the 2016 election. What creative campaigns have you seen so far? Have you seen unique fundraising efforts from any politicians? Which tools are you most excited to use.