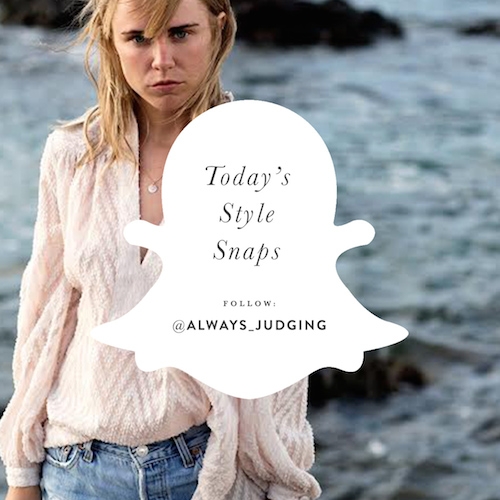 Snapchat is teaming up with shopping search engine ShopStyle where featured bloggers can create styles for their followers to shop. The new feature can be reviewed at snap.shopstyle.com.

In an interview with FashionTimes.com, Jacey Duprie of Damsel in Dior stated, “Right now Snapchat is my favorite Social Media platform because it is very raw and organic. You don’t have the option to edit photos, curate a careful or witty quote. I think people like Snapchat because it’s in the moment and you can’t fake anything.”

The recent move from Snapchat comes at an extremely interesting time. We’re at a point where we are seeing actual social platforms make strong moves in the Social Commerce industry. Pinterest and Facebook are at a strong battle to launch buy buttons via the Shopify platform. Twitter launched Collections in recent weeks. Instagram is rolling out ads for larger audiences. It’s no surprise that Snapchat would try and connect on a commerce level.

Snapchat is looking to grow its advertising efforts and this is a move that stays on their plan. Whether or not Snapchat plans to share revenue is undetermined. At the end of the day, it’s a move that will increase the usage of the platform.

We strongly believe that Social Commerce conversions are tied directly to the amount of steps to checkout. With this new Snapchat feature, there are a few steps the user must face – finding the style. Closing the app. Visiting the landing page. Finding the look. Checking out. HOWEVER, the fun aspect is huge and we think some users will overlook the extra step to gather the rewards.

What do you think? Would you use this new Snapchat feature? Are the steps too much to overcome? How do you think this feature will take off in 2015?