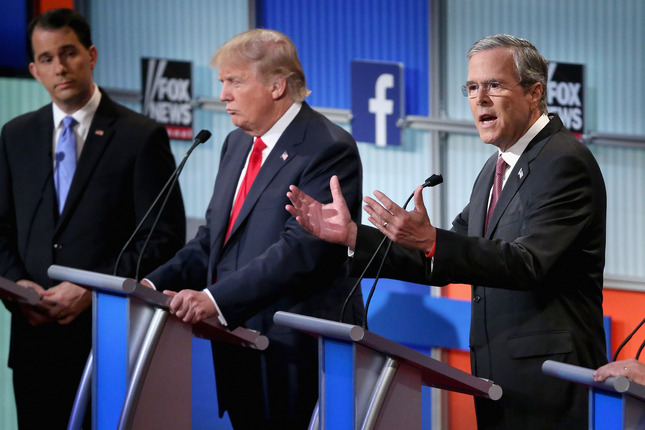 Is the 2016 election the year of the Social Media election? It may be stating the obvious, but as the debates continue to grow, we’ll see greater and greater involvement with Social Media. We saw how this played out when the State of the Union Address made its way to a YouTube live-stream. The political landscape and how it interacts is constantly evolving. With that in mind, San Jose’s Mercury News put an article together on how the different platforms are sizing up as the debates occur.

During the recent GOP debat, we saw some astounding numbers reported from various social platforms where discussions occurred. According to Facebook, 7.5 million people took to the site to discuss the debate. This ended up generating over 20 million posts, comments, and likes.

Twitter reported that tweets on the GOP debate were viewed over 1.1 billion times.

According to Andrew Lipsman, VP of Marketing and Insights at comScore, “There will be an evolution and it will be defined by what’s happening on mobile.” This leads to a very important topic. Politicians are understanding that revamping their fundraising efforts to attract young voters is an excellent idea. But if their efforts aren’t available on mobile or are not mobile-friendly, they’ll have an issue on hand.

As election time approaches, we’ll see more talks of donations and contributions to help contenders in the race for office. It’s going to be a game of who allows donations in the most simple manner. And as we see more candidates understand the role and power of Social Media, we can expect unique and innovative ways to take donations.

Lucky for these candidates, we live in an age where taking donations via Social Media is easier than ever. There are tools such as NationBuilder, which allow you to manage your campaign, track payments, and create your site all with their platform. NationBuilder even lets you sync up social platforms to create a central “hub” for your campaign.

Facebook is compatible with tools such as Soldsie and Shopify. These tools allow you to sell products, which may not be ideal for raising funds for a campaign. For this, tools like Total-Apps Video Checkout for Facebook is the best fit given donors can contribute to a campaign without leaving their Facebook feed.

What are some innovative ways you’ve seen from candidates in raising funds? Comment below and let us know!